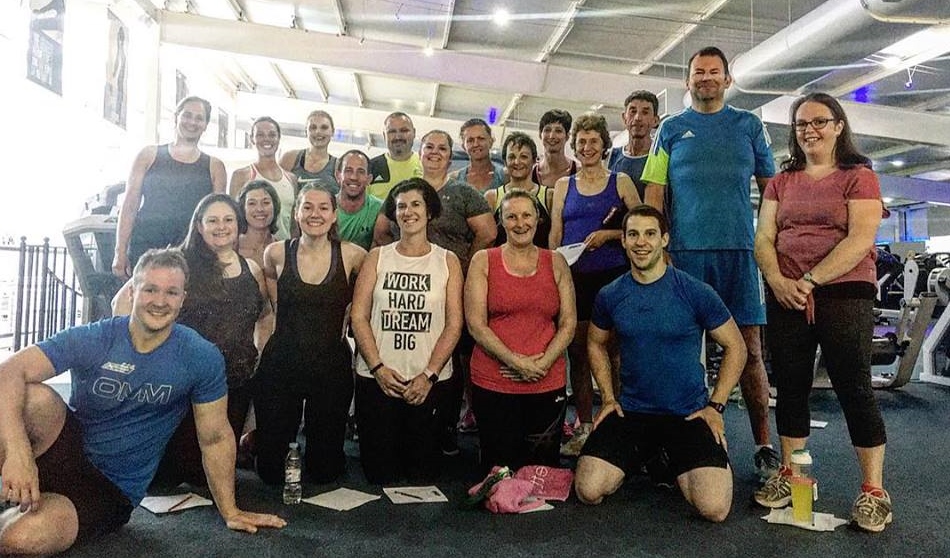 ‘So July 2013, I crashed my bike and little did I know then, life changed. A few months later I was diagnosed with thoracic vertebrae micro fractures, 2 ruptured discs and have had a massive roller coaster ride since. I lost all motivation to do anything and I gained about 20kg! I was finally told I had a permanent spinal cord compression injury in early 2016 and there was nothing surgery would do. All of a sudden I’d gone from a mad triathlete training 9-10 times a week, to often struggling to put one foot in front of the other.

When I moved to Lancaster, I made the decision to try and get back on track – I sucked it up and started to train again, joining in with a range of classes and trying to get myself into the gym. I did great initially and lost weight for my sisters wedding, but struggled to maintain the motivation on my own and the weight I initially lost went straight back on. I became lazy and my back was hurting again and the associated problems were starting to kick back in.  Then The Academy waltzed into my life! An 8 week fat loss challenge….. well I’m never one to back down from a challenge!!

I signed up to the 8 weeks to try and give me a boost. BUT – Disaster struck again and after a week I broke myself again – 1 dislocated knee with a lot of torn ligaments. The huge difference this time round was that you guys were amazing and wouldn’t let me give up! I got a phone call later that week from Ben Law X-Force telling me to come and try, which was probably the biggest turning point for me as I would have walked away and given in again!

The Academy has been an absolute godsend and has motivated me more than I ever thought. Everyone has been so amazingly supportive and the results I had in the end – considering I did the whole thing on 1 leg – were amazing!!!! I lost just short of a stone in the 8 weeks and I could actually stand up straight for the first time in almost 5 years!!!! Only 2 weeks later and the weight is still coming off and I’ve broken that stone barrier and lost 4.5% body fat!

The trainers are amazing and so supportive. They will target your training to meet your needs and will help adjust anything so I can always join in. When I’m having a wobble, they are always there to scrape me up. The rest of The Academy gang are amazing too and will do so much to help you. There is no judging and everyone is just there to help each other. I’ve made more friendships in the last 10 weeks then I have since I moved to Lancaster!

I have now signed up for 8 months and I’m really excited to see where I can get to with your help. Thank you for helping to get my life back on track and not letting me give in. The academy is like a little family and its great to have people to come in and train with’.

With our Summer Fit promotion, anyone who joins on a 12 month membership gets 8 FREE weeks in the X-Force Academy. Read Gemma Passmore’s uplifting story on how she overcame a longterm injury and continues to train with the support of the 315 X-Force Academy